Sharing ideas is the way to improve them

Please assign a menu to the primary menu location under Menus or select the menu from the general option setting page.

Iâ€™ll explain how everything started and what are the initial goals for my first high altitude balloonâ€™s flight.

I was inspired from taking a high altitude photos. So start investigate a several options:
After checking air-planes, helicopters, rockets â€¦ it reached the point that it need to be quite simple to develop it at home. and to reach higher altitude. At the end conclusion for me was to use a helium filled weather balloon. I checked as most as I can articles about other weather balloonâ€™s projects and still remember the main advice: â€œPlease donâ€™t learn from your own mistakes, just check what the others have doneâ€.

After the solution was already in my head I was constantly thinking what can be added to the box in order to test how is working in near space. So my goals were:

– One thing was sure – I would like to have a reliable connection to the earth so Iâ€™ll be able to control remotely some processes on board. Thatâ€™s why I planned to use slow-speed radio connection (1200/9600 bps) and try to use cheap powerful wireless adapters.

– The other important for me thing was to ensure I can reach higher than 30 km for the next flight.

– The third was the fun to make everything working

Now hereâ€™s a short list of what is planned to have â€œinside the boxâ€:

Camera:
Canon Ixus75
Planning to have one webcam as well.

I would like to try to keep the ballon for a second flight, so the idea is to exhale the helium just before balloonâ€™s busrting (~ 30 km). Thatâ€™s why the electromagnetic ventil will be on board.

Wireless link is done by a pair Alfa AWUS036H 1000 mW adapaters equipted with 18 dB Yagi antennas. Polarization here is an issue – Iâ€™ve made a 10 minutes test on 1 km distance between the devices. The results tell me that we should try to keep the box almost stable (without constant rotation around the axes) because the polarization on both ends should be the same in order to keep good RX quality.

Just to be sure that I can use the magnetic ventil also as a kind of emergency cut-off (in almost all projects I saw a solution for this â€¦. and yes, it makes sense). If wireless goes wrong (which is for me 50 % possible) than I need a reliable way to send the signal and to land the balloon. An 5-6 W (depending on batteries voltage) radio on board at 144 or 433 Mhz equipped with build-in TNC (let say serialâ€™s computer interface) should be enough. 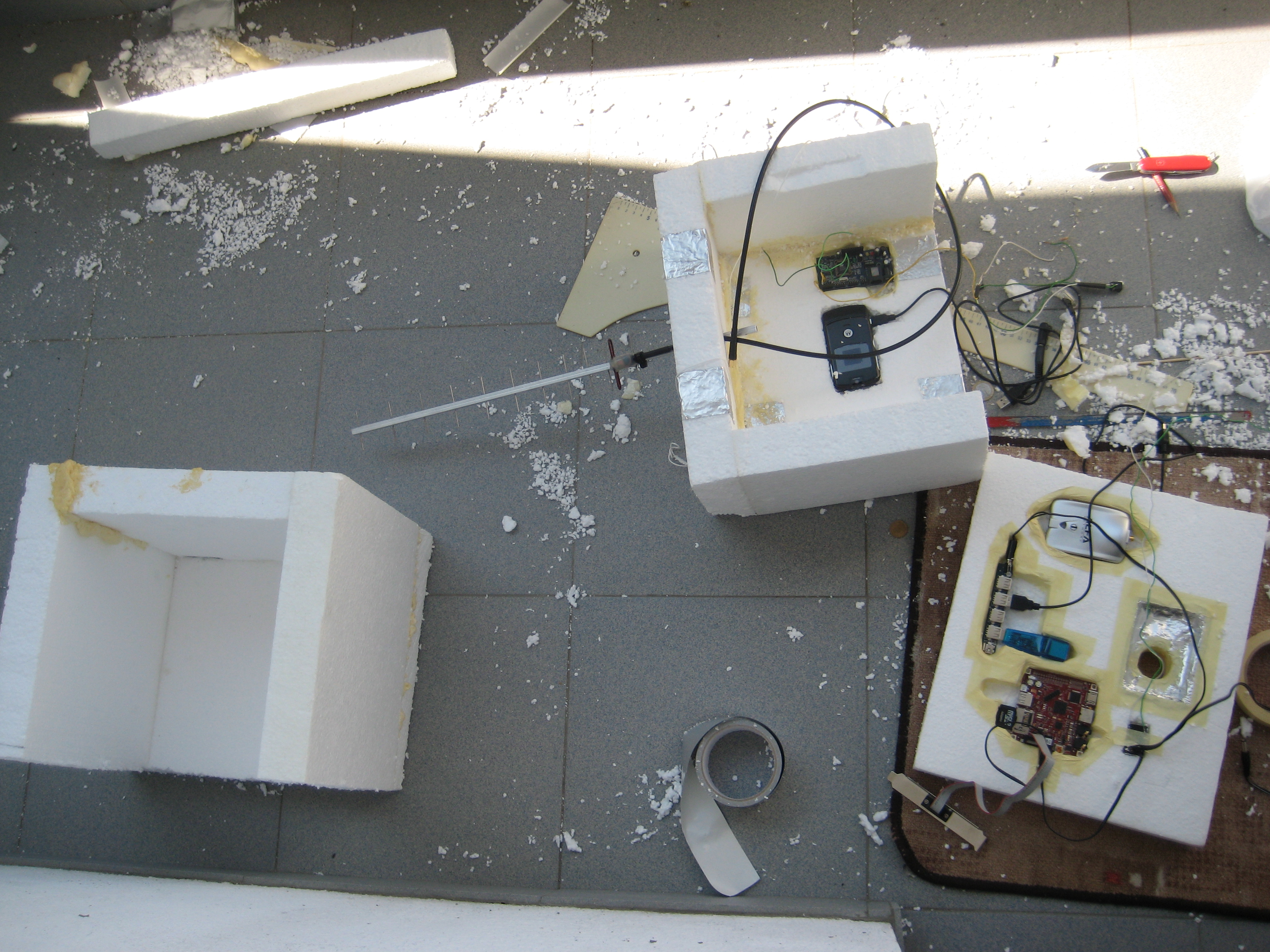 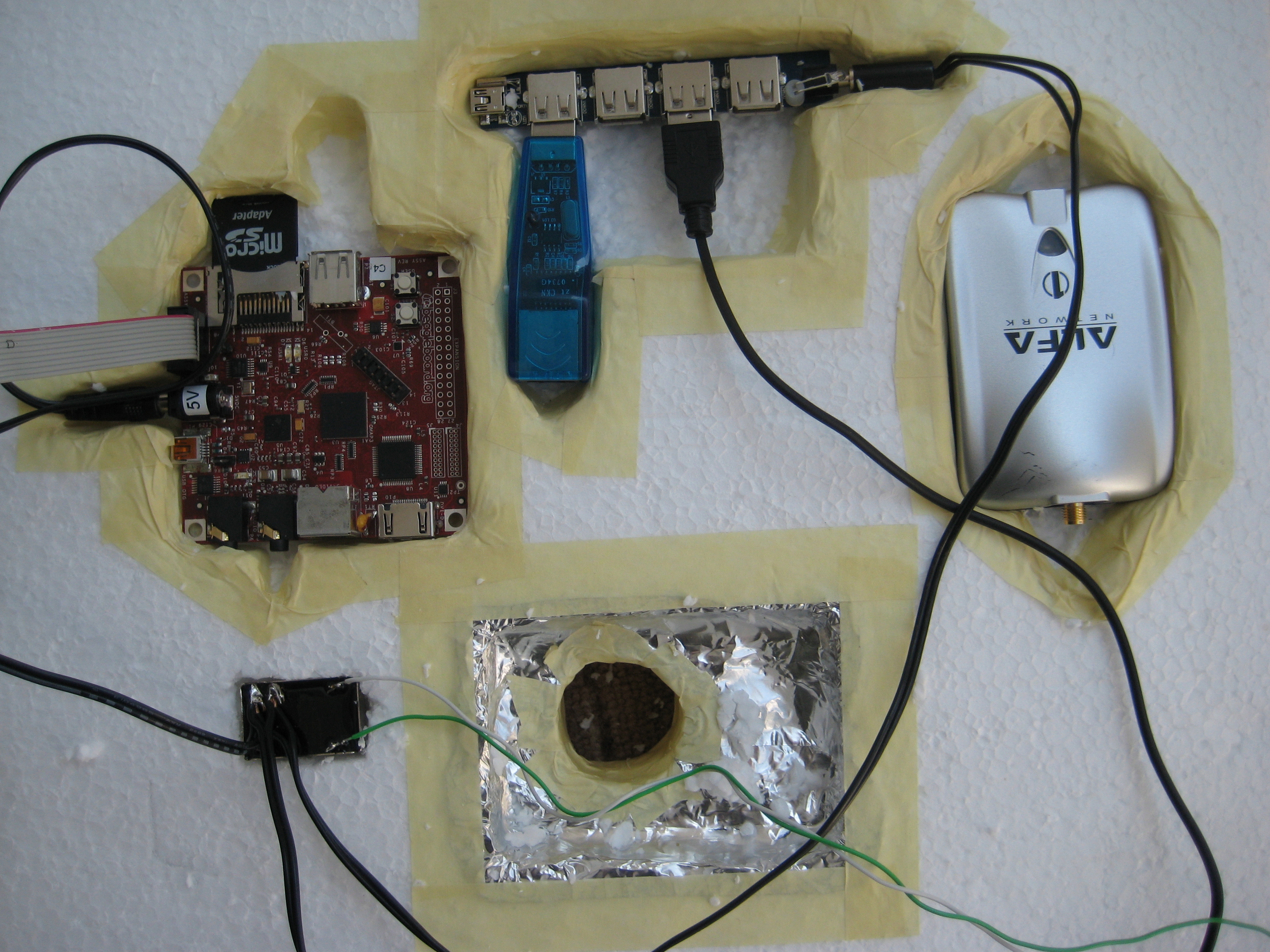 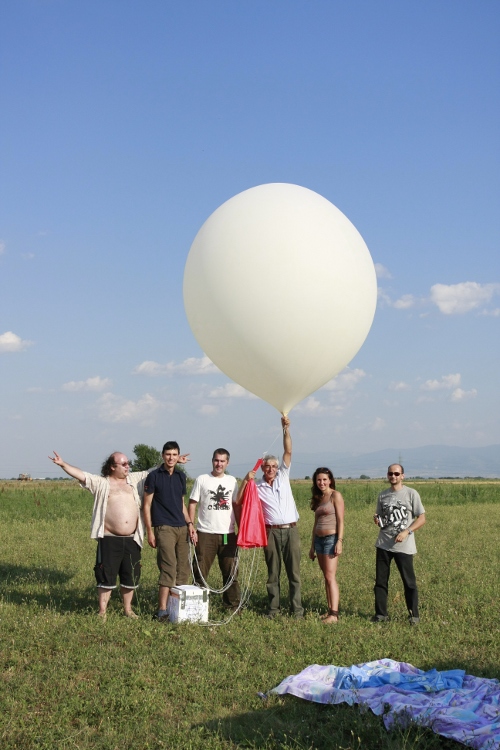 I’m now back in the air plane and flying back from Bulgaria to Germany. I’ll try to summarize what I achieved the last few days (the flight was yesterday 2010-07-17). Initially the plan was to test mainly the radio (144 MHz) and wireless connectivity (2.4 GHz). I’m planning to use them in future so they should be “rock solid”.

Unfortunately by mistake I destroyed my TNC (packet data) module of my Kenwood TM-D700. I ordered an external TNC but it didn’t come till the time I decided to send my first balloon. The radio connections seems to be reliable and covering a big area so I wanted to use it as a main communicationÂ  channel. Few days before the flight I decided to use speech as a communication channel so I can use still my Kenwood equipment for transmission.

With linux it took 5 minutes to install Festival and to have text-to-speech solution. I used the relays board to send the command that I want to transmit some sound. Everything seems to be good except that when I connected the Beagleboard to the Kenwood TH-D7e … it was not working as expected. I was sending the command and the radio was transmitting, but no sound at all. I’ll investigate this till the next flight. So I decided to remove the radio and relays board out of the box. Half of the equipment was out. I spend a lots of time on site to setup the SMS notification. I found some issues so I decided to send every 20 minutes an SMS with altitude and GPS coordination. I put the last 3 records (at the time of sending the SMS) from the GPS measurements in the SMS. It was a good idea so you have the measurements for the last 3 seconds … easy to calculate your current speed.

After I removed the wireless – 2/3 from the planned equipment was out of the box. Only computer, GPS, mobile phone and camera was inside. We connected the batteries and this was the end, I received one SMS and we decided to let the balloon to fly I expected to get the next SMS in 3 hours when the box should hit the ground. Of course after such crazy day this was not the case.

We were having a a dinner in Pazadjik (nice place during the night) and 2 hours after we let the balloon to fly we got a SMS. I was shocked I didn’t expect to have it so recently. I was very happy and suddenly I was shocked for the secondÂ  time just a few seconds later. The current altitude of the balloon was 6700 meters – yes I had 3 measurements showing this. Great work Globul (this was the mobile operator) In rural area the antennas sometimes are horizontally so it could be possible. I was lucky in this case.

We checked on our phones and the balloon was 60 km. already away. This was somehow confusing for us. We decided to make the dinner quick and to prepare (we didn’t have preparation for night search and in mountains in this case) for the night and to search the box. 20 minutes later we received a second SMS. Altitude was 3000 meters and 20 km more away. I calculate that in less than 15 minutes it will hit the ground. The speed of landing was the same 3.5 meters per second so everything with the parachute should be fine. in 20 minutes we didn’t receive the third SMS …bad luck this was the end … no way to find it in so big area in the mountain … we expected that the lading will be in 15 km radius, so only nice flat area. Never the less I was satisfied for the notification I received from 6700 meters above the earth. After I waited 40 minutes I called the phone. It was out of coverage I was sure that the box is not destroyed and the phone is also OK.

I started callingÂ  some friend and colleagues so we can trace the mobile phone. I started from far away calling some friends in Germany ex-Globul employs and finally I realized that I’ve at least 2 good friends working there. I explained them and in 5 minutes I received the area where the last location update from the phone was done. It was near to Dospad 5km. away … tomorrow I will have an information for the coverage of the cell so if I lucky I can find at least some possible area too look at in. To things for theÂ  next flight if the balloon is landing and the altitude is less than 2000 meters send the notification more often. The second thing is ask some of you friends in some mobile operator to do also online trace for you. We putted some labels on the box that it will be nice if someone finds the box to call me… unfortunately we wrote this in bulgarian and the are where the balloon is currently is around Greece border.

Should do the radio implementation and 2 cut-off mechanisms At least we have a lots of equipments for the next flight. Thanks for reading this and I hope it was valuable for you. Many thanks to my friends and my father for the huge help. See you next time with the extended project 🙂

It was 8:15 am ad I received an phone call … it was Marian – I was sure that this means only one thing: We have some news from the balloon 🙂 He told me that one guy from Devin found the box I called him and seems to be a good guy. We organized the balloon’s collection so on Friday it’ll be in Sofia. I’ll curious about the logs and photos, let’s see if there’s something inside 🙂

If everything is fine tomorrow I’ll expect the box to reach Sofia and most probably on Sunday even DÃ¼sseldorf. In the mean time I think it’s a good idea to show how easy is to do everything from the software point of view.

First you need linux. I grabbed the ubuntu as easiest for me to put on the beagleboard. Garmin’s device works just fine with gpsd. So I just dumped everything into a text file with gpspipe.

I used Kannel as a SMS gateway and it was a pleasure using it except configuring the INIT script for the mobile phone.

The camera’s part was done in the traditional way with CHDK and a script to do constantly photos.

Some photos from the flight: 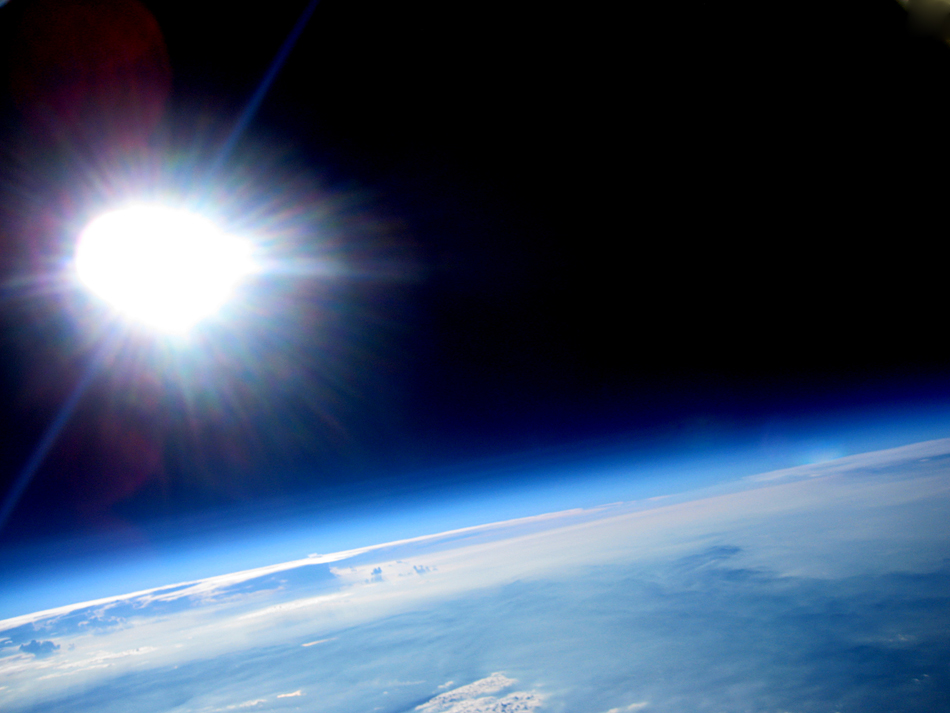 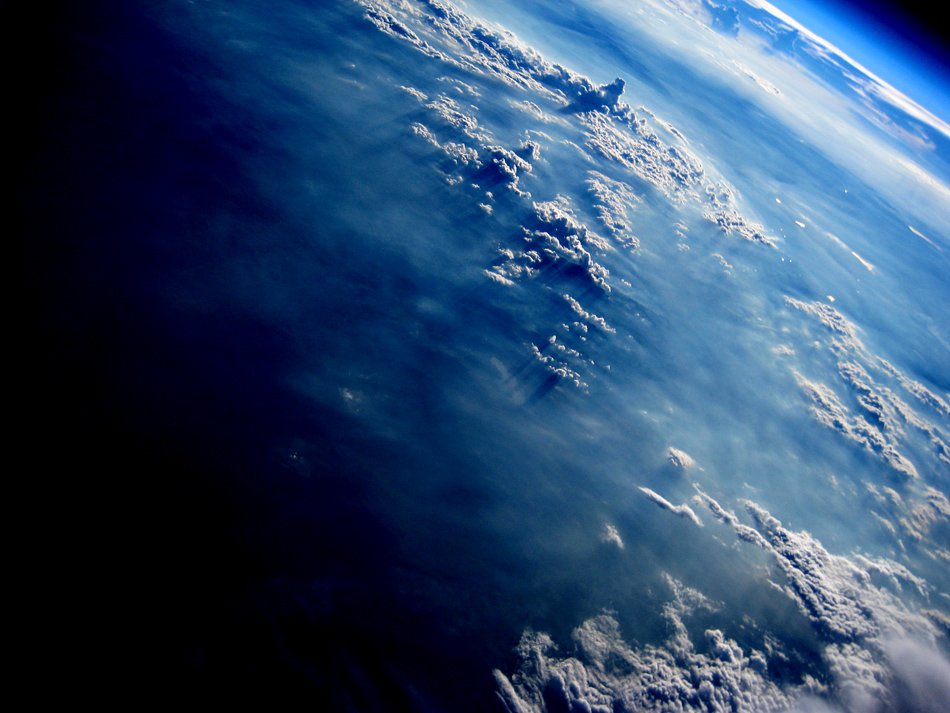